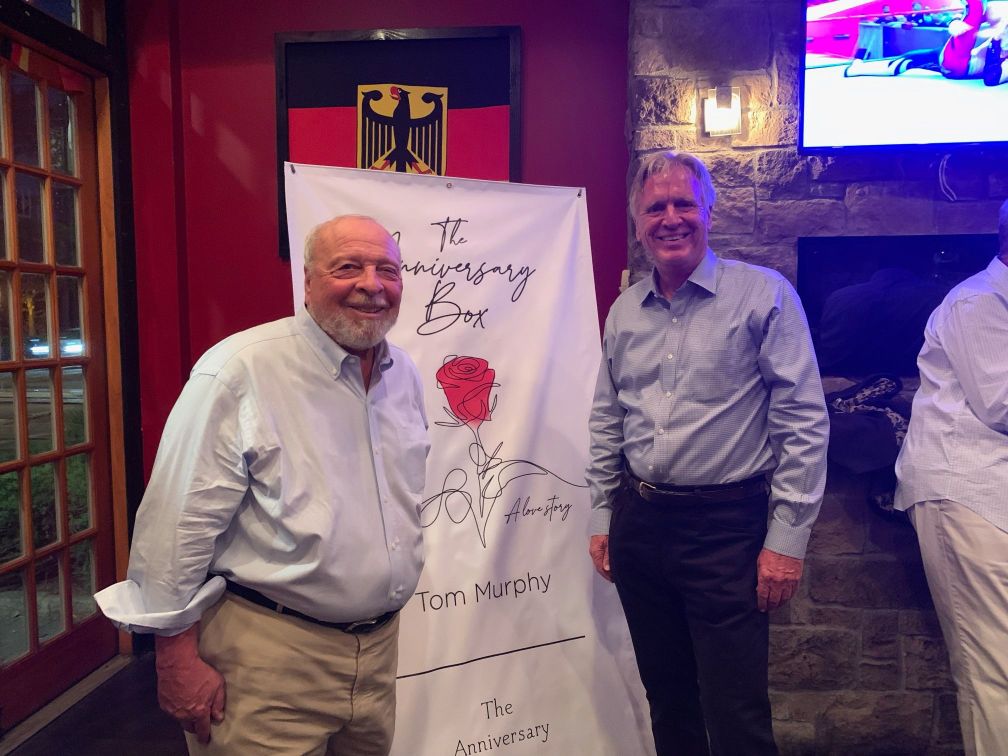 Special thanks to Nelson DeMille for his testimonial for “The Anniversary Box” and his support for our cure lung cancer campaign.

Read Why I wrote the story

Masks are coming off, and the pandemic is receding. Now is the time for couples to reaffirm their relationships and make them stronger.

Tom Murphy has written a novella, a love story set in Garden City called The Anniversary Box, that lays out a “roadmap” for relationship success. In the story, a daughter learns the secret to make love last a lifetime from the example of her parents.

Here’s the storyline: Six weeks before her wedding, Peggy Moore discovers that her parents created an “anniversary box.” Each year on their anniversary during their twenty-four-year marriage they would write a message to affirm their love then seal the messages away in an Anniversary Box. Now, as she and her fiancé have an intense disagreement, she feels lost. Her mom is deceased and her dad has suffered a debilitating stroke so she can’t turn to them. Instead, she sets out to find their missing “anniversary box” to learn the secret to keep love alive for a lifetime before stepping to the altar herself.